Do you Need it All to Be Perfect?

The fact is, perfectionism is more than a quirk, and is not the same as having high standards; it is a problem that can lead to relationship issues, procrastination and and one’s worst fears at work. Instead of being the best, you are seen as stiff, awkward and not easy to work with, and this can make you dig in even further to “try and get it just right.”

Living life with a cloud of fear hanging over you can create a roller coaster of moods and reactions. What is so ironic is that when you are driven by perfection, you ultimately believe you cannot achieve your goals.

On the other hand, when you are striving for excellence  you are committed to your personal best and expect to fail and fumble, but you know you will get through it.

Not sure if you are a perfectionist?

While some may take on the superhero role, there are also those who overachieve and never internalize their success; they go around feeling like a fraud. This Impostor Syndrome also comes from those early beliefs and keeps one locked into a cycle of self-sabotage. Those caught up in the Impostor Syndrome are usually overachievers who, despite their accomplishments, never feel like they have achieved success. Maya Angelou is in this club, indicating that even after writing eleven books, she feared someone would find her out as a fake.

The Impostor Syndrome has been around for a long time and researchers in the seventies identified women who were not able to attribute their success to their own gifts or talents; instead, they felt they were successful because they worked harder than anyone, had a lot of luck, or were able to charm their way into the position. They discovered two out of five people actually feel like frauds, and 70% have felt like an impostor at some point in time.

The Imposter is susceptible to procrastination, never finishing projects and experiencing increased anxiety with the worry that someone will see through them. This causes self-sabotage and undermines future success.

Superhero or Impostor, this shadow side of the self is the result of old, outdated beliefs that continue to run scripts, driving behavior and challenging the current reality of achievement.

Do your beliefs, feelings, and thoughts reflect the truth about you today? Or, are you stuck in the past, believing you are not capable? It is time to reset those thoughts and beliefs!

Being Perfect is Unbearable Pressure.Stop Spinning your Wheels!

It is easy to say, “stop being a perfectionist,” but I know you have probably thought this many times only to make the problem worse.

We think the BEST approach to transform perfectionism is self acceptance. This can be super challenging for perfectionists. One way around this dilemma is to plan to fail, and fail early. This way you know it is coming and you have a solution worked out. Learning that life does not suddenly end when you make mistakes is refreshing and helps to build authentic confidence.

Are you ready to get beyond perfectionism? We have a comprehensive solution.

We believe that when you focus on building skills rather than try to strengthen weaknesses or direct your attention to problems, you achieve more in the long run. We have put together an amazing resource center called the Work Smart Club Library and Network. We have courses in Productivity, Assertiveness, Decision Making, Confidence, and much more.

We include these amazing resources within a community of leaders and professionals who, like you, want to be their best and get that promotion, or move up at work, ask for the raise, learn to manage stress, or balance their life at work, and at home. There are a variety of goals – all centered around living your BEST life. Join us! 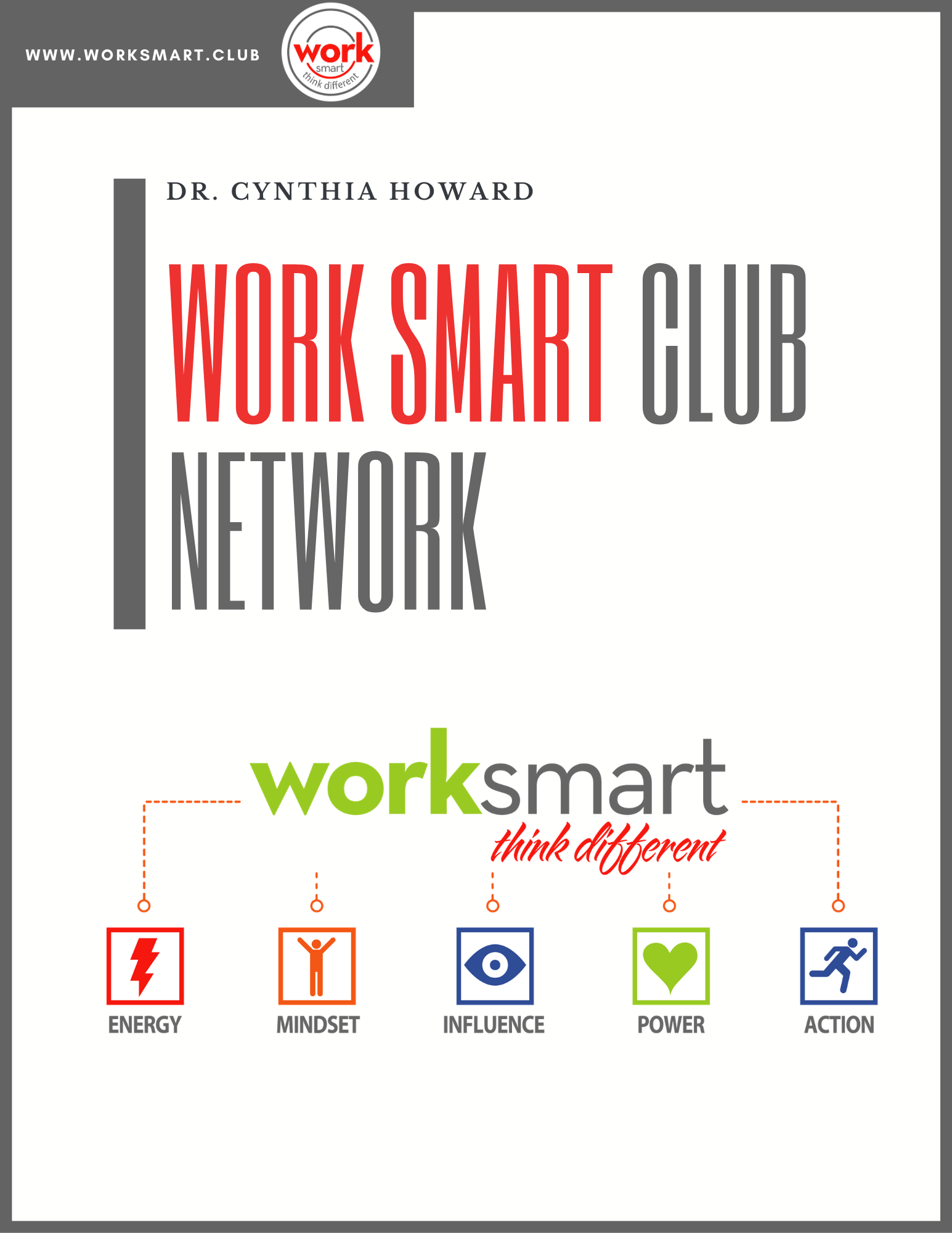 Everything you need at your fingertips…

Have you ever wanted to quickly access online information and ended up spending so much time reading through stuff that will not help you? Then you feel frustrated because you wasted time?

We know. That is one of the reasons we have set up our library and resource center.

No more lost time. We have the information and we have live Q & A to get answers, we are set up so you can network with others and have some laughs along the way!

What You Will Gain From the Network

what Others Are Saying About the Network... 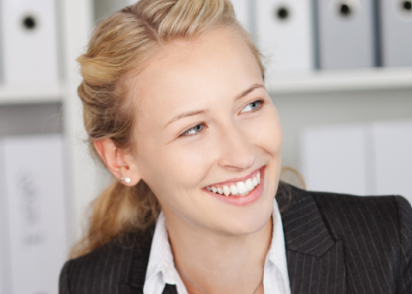 Caroline V.Nurse Manager
Read More
It was helpful to learn more about being assertive. I always struggled with that. I enjoy the 'Office Hours' and getting my questions answered.

Jennifer M.MBA, Regional Sales
Read More
At some point in my job, I knew I needed more support. I like the network and the flexibility I have in getting to the events and the resources. It is a win-win for me. 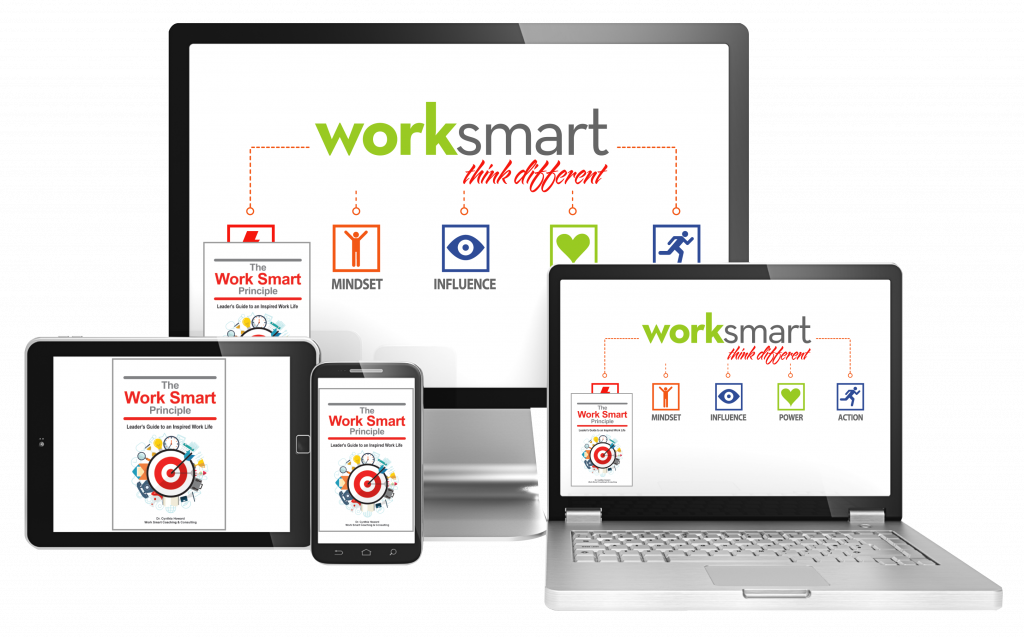 Connection. Resources. Support. Everything You Need to Succeed.

The Work Smart Club Library has dozens of resources including checklists, videos, audio, and complete courses with workbooks available 24/7.

Here are many of the Toolkits & Courses...

The Work Smart Club Network is a private network, online, facilitated by Dr. Howard and associates, complete with additional training and resources. [This is not Facebook]

Check out a few of our Checklists & Resource Guides: 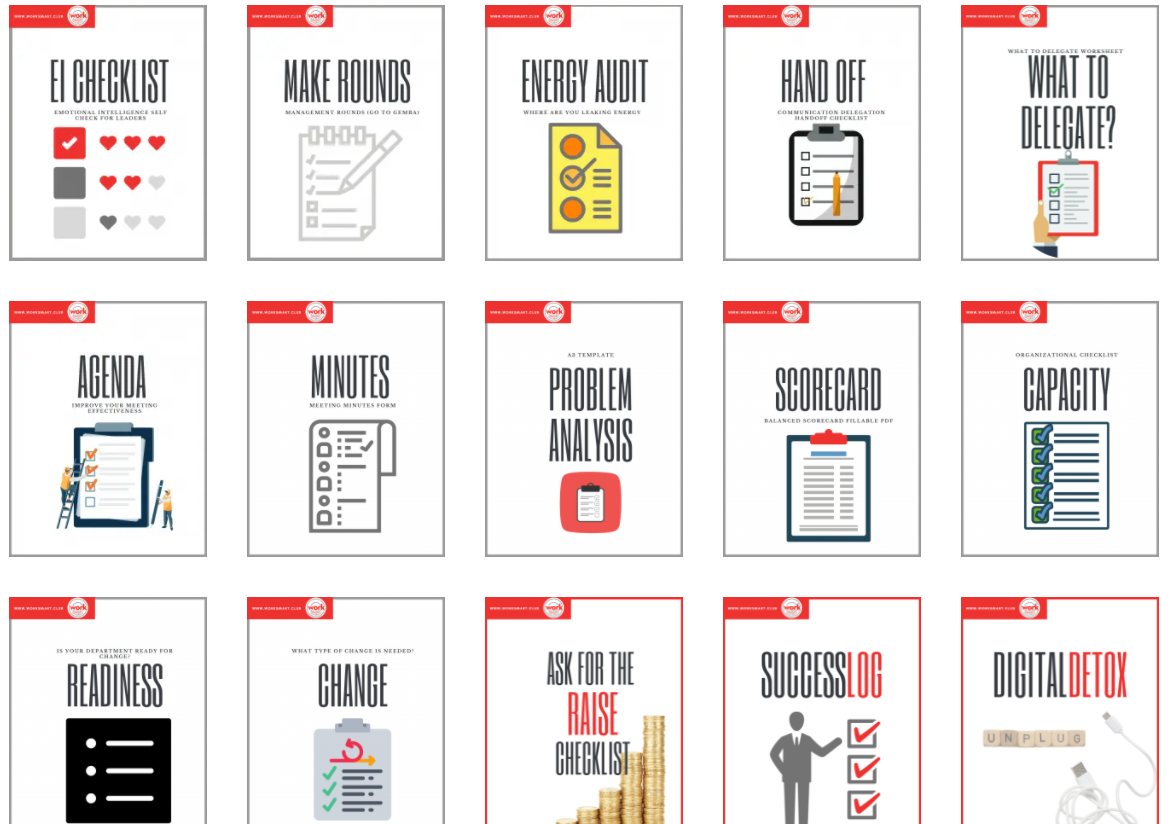 The Toolkits are detailed presentations on topics to help you be more effective and impactful as a leader. You have access to the presentations and all the  materials. Live discussions on the Network for a complete experience!

The Toolkits are detailed presentations on topics to help you be more effective and impactful as a leader. You have access to the presentations and all the  materials. Live discussions on the Network for a complete experience!

We have all heard the phrase "work smarter;" we teach you proven tools and strategies so you will know exactly what to do to get your time back, get more done and live your life fulfilled!

This is a 6 week course with videos, checklists and workbook.

This is a SPECIAL OFFER for the first 25 people! Once we hit that number the price goes up to $49/ month, which is still an awesome value. Those ACTION-TAKERS will continue to receive this amazing low price going forward!! ACT QUICKLY!

Stephanie PettaDirector of Marketing
Read More
Dr. Howard is the real deal. She knows what she is talking about.This changed how I thought about stress.
Kathi SerrieRN, MSN
Read More
Join the network. It is easy and I am learning so much!
Leslie T.Director of Operations
Read More
I was losing my hair, felt tired and was ready to quit my job. And then I took joined and took the course in stress strategies, it saved my career.
Previous
Next

This is a special offer for 25 lucky people ...

2020 was a year of surprises and pressure. It taught us that we have to be ready. We are providing a safe and inspiring community for people - on the rise - who want to get ahead without burning up or out! Right now this is at a crazy low price for a very short time. 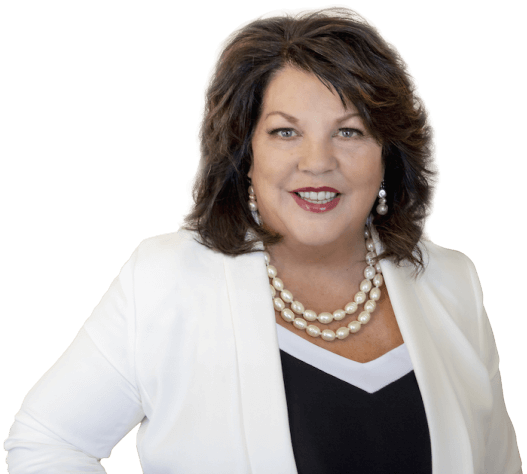 I have worked with thousands of leaders and professionals who want to move ahead, find a better way to lead and still have time left over for themselves. And I want to work with you! As an executive coach and performance expert I have seen what happens when leaders do not have the skills they need; they can burnout, underperform, or give up all together. Either way it is a tragedy and great loss of potential and purpose. I have a system and proven solution that will help you grow, develop, and find your own sweet spot of balance so you can enjoy more of your life.

Through our proven process we unlock potential in leaders, and the workplace, creating a culture of excellence.

Work Smart Consulting is an innovative professional development company that works with leaders and teams using a 3 prong approach: Assessments, Coaching and Team Development. We integrate lean six sigma in the team building and coaching to transform inconsistent performance to high reliability performance.